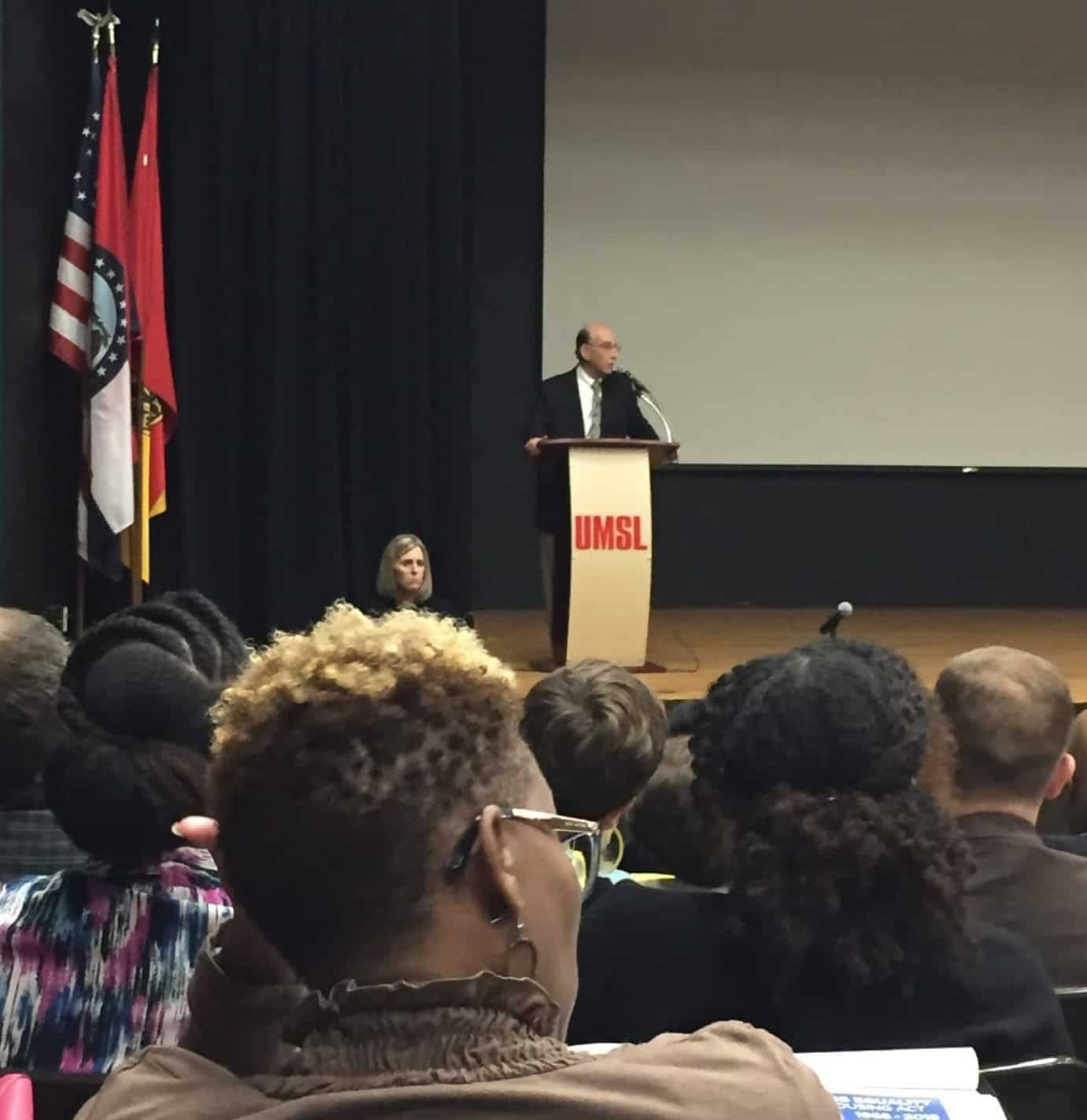 The Metropolitan St. Louis Equal Housing and Opportunity Council (EHOC) & For the Sake of All co-sponsored the April 25th Fair Housing Conference in celebration of the 50th Anniversary of the 1968 Fair Housing Act. “Segregation in St. Louis: Dismantling the Divide” brought together individuals and organizations to discuss the ways in which we can dismantle racially-based neighborhood segregation in St. Louis.

The morning was kicked off by keynote speaker Richard Rothstein, author of “The Color of Law: A Forgotten History of How Our Government Segregated America”. Rothstein presented an extensive history of intentional government policies to segregate metropolitan regions across the country which created the housing segregation that exists today. His research was sparked by previous work on the social and economic factors for a student’s low educational achievement. Taking into account factors like high asthma rates and toxic stress among students of color, he studied the neighborhoods students are coming from.

Contrary to popular belief, neighborhood segregation is not a result of private prejudice or personal neighborhood choice. Rather, it is shaped by decades of local and federal policies to ensure that every metropolitan city is racially segregated. The 1968 Fair Housing Act only worked to eradicate future housing segregation, it did nothing to undo past segregation which was created through Public Housing and the Federal Housing Administration (FHA). In once integrated neighborhoods, the federal government tore down public housing to create separate housing projects for African-American families and White families, thus creating racial housing patterns for the future of metropolitan regions.

Rothstein argued that explicit government policies which segregated neighborhoods largely contributed to the wealth gap found between white families and families of color today. Familial and generational wealth is often tied up in the equity of one’s home. Through policies like public housing and FHA projects as well as restricted deed covenants (legally binding documents that did not allow anyone to sell their home to African-Americans) blocked families of color from accessing wealth-generating homes. He urged the audience to think creatively about ways in which this segregation can be reversed. In order to move forward, this country must grapple with its history and work to remedy the decades of intentional policies that sustained housing segregation.

Afternoon sessions covered topics such as Community Benefits Agreements, The Affordable Housing Trust Fund, Tenants Rights, and “Green-lining”. Green-Lining is a direct response to the red-lining that helped to further housing segregation on the part of realtors. Realtors would steer buyers into homogenous communities and draw a proverbial red line in which African-American households could not cross. Green-Lining is a proposed method to restore the credit market of North St. Louis with the help of banks, foundations, investors, and CDFIs.

For the Sake of All released their “Segregation in St. Louis: Dismantling the Divide” report at the conference, highlighting the importance of place as it relates to health outcomes. The map, pictured left, highlights the neighborhoods of exclusivity for African-Americans in St. Louis.

Overall, the conference left participants hopeful for the future with an awareness of the hard work ahead.